DCI Projects Launches a Digital Agency for the Modern-Day Brand! 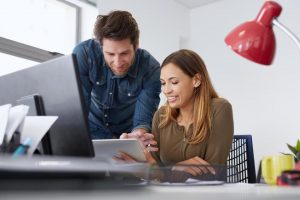 NEW YORK, New York, October 5, 2019 – DCI Projects, LLC a media and entertainment conglomerate headquartered in New York’s TriBeCa neighborhood has partnered with independent social media-driven digital agency, The Social Crew. Headquartered in Dallas, Texas, The Social Crew (TSC) was founded by Joe Scott in 2006 and manages all things digital for some of the most recognizable brands in the world. Scott, who is a widely respected expert in the digital media space has provided services to Aflac, Ultimate Fighting Championship (UFC), National Football League (NFL), NFL’s Super Bowl, NIKE, and the Dallas Cowboys among others and a go-to and trusted industry advisor for the personal brands of some of the Nation’s biggest names in professional sports and entertainment.

DCI Projects was formed in January 2019 with an ambitious approach to growing as a world-wide leader at the intersection of media, entertainment, and technology. With interests in Music, Film, and Technology, this latest strategic partnership to form an in-house digital agency for the modern-day brand further demonstrates the commitment to the companies goals and objectives. As a full-service digital agency with creative, media and strategy all under one roof, DCI leadership believes it will continue with many of the great clients of The Social Crew, and build on its exceptional platform to reach new heights and build on the 14 years of success the company has seen since its original formation.

In announcing this new partnership, DCI Projects Founder and Chief Executive Officer had this to say “We have been working with Joe Scott and The Social Crew for several years, often discussing the potential of building off of TSC’s success and Joe’s expertise in the digital world. We strongly believe this new partnership will guide DCI and offer additional support to our other internal assets and initiatives. Joe is an innovator as well as a tenacious leader and has become a great friend. I am excited to see what the future holds following this milestone partnership”.

Scott will join the company’s Board of Directors and will serve as Chief Creative Officer of DCI Projects.